NewBusiness.Dev is a business development & bid support agency. We work with clients across Europe, refining sales strategies, finding and winning new business and providing the top quality people necessary to make all this possible. 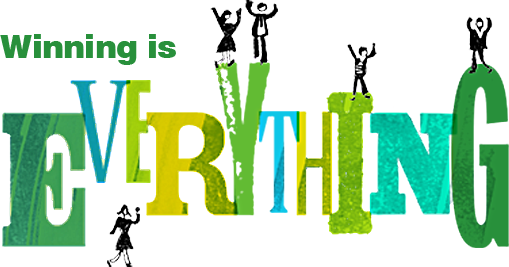 WE CAN HELP YOU DELIVER MORE BUSINESS WITH…

Align your business development organisation with a clear and compelling approach. Read more >

Identify and qualify for the right business opportunities. Read more >

Recently one of our customers contacted us regarding a contract notice published on the OJEU. The customer was interested in bidding for a contract funded by EuropeAid. A potential barrier to entry was noted at the end of the contract notice, with the following paragraph:

Our client is not alone in being concerned, there are currently 345 tender notices on the OJEU dealing with a vast array of requirements, ranging from modernising schools with science laboratories in Northern Cyprus, developing a new payroll IT system for the Palestinian Authority, the purchase and commission of network infrastructure for the administrative court of Tunisia to reducing plastic waste in the Americas.

We researched into this and reassured our customer with the statement that Penny Mordaunt, Secretary of State for International Development (in office 2017-2019), told a House of Commons parliamentary hearing in July 2018. During this, she argued “UK-based organisations and individuals should be able to bid for funding, participate in and lead consortia, and otherwise implement as normal all EU development programmes that are approved before December 2020,” when UK MPs will try to negotiate a free-trade deal.

The Commission has been accused of over-reaching by Mordaunt and many others, as it is “not only applying these disclaimers to the funding we channel through the EU budget, over which we do not yet have discretion; it is also applying them to funding that we have chosen to channel through the EU as our preferred delivery partner.” She added, “we have raised these issues with the Commission multiple times and we are shocked and disappointed by their behaviour… I have been very clear that, if we are contributing to UK funds and EU projects, then UK organisations must have access.  We are now looking at how we can use the aid budget to protect UK organisations from this discriminatory practice.”

Claire Godfrey, Bond’s interim director of policy, advocacy and research, also commented separately on the matter: “we are very concerned that the European commission has misunderstood the eligibility criteria for UK NGOs to access funding from the EU in the event of a Brexit no-deal scenario… There is a real danger that UK NGOs will be both discouraged from applying and be discriminated against during the process, if the proper criteria are not used.” A UK government spokesman said: “We are clear that this disclaimer must be removed by the European commission.”

NEWBUSINESS.DEV – THE NEXT STAGE IN THE EVOLUTION OF OUR COMPANY

DeNové LLP was established in 2006 when we spun out of the management and technology consulting division of Deutsche Telekom AG – Detecon.

We initially established DeNové as a consultancy to assist major companies in the bidding process for large technology opportunities. Early success saw us working with T-Systems to win contracts valued at over £500 million with both Shell and BP.

The Financial Crisis of 2007–2008 resulted in many major corporates implementing bans on the use of consultancy services. Using the knowledge we gained from bidding on global major contracts, the business development division turned to also assist SMEs and new market entrants to bid for public sector contracts. Our consultancy had a big impact on this market, with highlights including:

After the economy recovered, we re-established our relationships with our blue-chip customers. Notably, in 2016 we helped one of our multi-national clients to win a series of key contracts with Microsoft in Seattle, Google in California, and Apple in Ireland. Also, our project management division was growing rapidly during this period, helping Satellic to roll out the national lorry road charging system across Germany and Belgium.

With the sustainable growth of both of our divisions, it made sense to split DeNové LLP into two new corporate entities. In early 2019, the directors of DeNové LLP took the decision to divide into what is now DeNové Services Ltd and NewBusiness.Dev Ltd. The restructuring occurred in late September, resulting in DeNové Services specialising in project management, whilst we, NewBusiness.Dev, will specialise in business development and bid management services.

We believe that this will provide greater corporate focus and expertise to our customers, whilst presenting enhanced development opportunities for our staff.

Both companies will continue to collaborate closely and will always put our customers’ success at the heart of everything that we do.

Guidance relating to Public-sector procurement after a no-deal Brexit has been updated, as recent as the 25th of September, on this website.

This scenario, as it relates to public procurement, will be mostly the same in the event of a no-deal Brexit. For the most part, the legal framework for public procurement and related procedures will remain unaltered. A difference is, however, that the location and sourcing of notices will be sent to a new UK e-notification service instead of the EU Publications Office. This is because, in a no-deal scenario, contracting authorities may no longer have access to the EU Publications Office and the OJEU which facilitates European public procurement (I.e. Tenders Electronic Daily (TED)). Government has amended current legislation to require UK contracting authorities to publish public procurement notices to a UK e-notification service called Find a Tender (FTS).

This service will, if the UK leaves without a deal, go live at 11pm GMT on 31st of October. The effect on business is that suppliers wishing to access UK contract opportunities from the UK public sector will need to access the new UK e-notification service instead of OJEU/ TED. Access details to this site are not yet available and will be provided, by the government, at a later date. Requirements to advertise in Contracts Finder, MOD Defence Contracts Online, Public Contracts Scotland, Sell2Wales and eTendersNI will remain unchanged. Domestically public procurement should not be altered in any major way.

If businesses wished to access contract opportunities from the EU, they would be able to locate these via OJEU/ TED. The government has, on the 16th of August, published further guidance for UK businesses that bid for overseas contracts and what to expect if there is a no-deal Brexit. This is in reference to the UK’s participation in the Government Procurement Agreement (GPA) and the effect to our participation in the event of a no-deal Brexit. The GPA is what allows UK business to bid for government contracts in other countries but is also what allows foreign businesses to bid for contracts in the UK. Presently, the UK is part of the GPA through our EU membership. If we were to leave with a no-deal, the UK is expected to re-join the GPA on substantially the same terms. This could take up to 30 days after exit day and the effect that this would have on business should be minimal. During this interval UK business will still have access to government procurements in many overseas markets but may temporarily lose some rights provided by the GPA.

We use cookies to analyse our traffic, using Google Analytics. We do not store personal details. We do not share information about your use of our site with our social media, advertising and analytics partners who may combine it with other information that you’ve provided to them or that they’ve collected from your use of their services. If you continue to use this site we will assume that you consent with this.
Privacy & Cookies Policy

Any cookies that may not be particularly necessary for the website to function and is used specifically to collect user personal data via analytics, ads, other embedded contents are termed as non-necessary cookies. It is mandatory to procure user consent prior to running these cookies on your website.